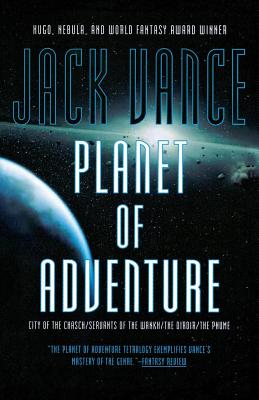 Stranded on the distant planet Tschai, young Adam Reith is the sole survivor of a space mission who discovers the world is inhabited--not only by warring alien cultures, but human slaves as well, taken early in Earth's history. Reith must find a way off planet to warn the Earth of Tschai's deadly existence.

And always the random beauty in need of rescue...

“The Planet of Adventure tetralogy exemplifies Vance's mastery of the genre.” —Fantasy Review

“Jack Vance is one of the finest writers that the science fiction field has ever known.” —Poul Anderson, author of The Boat of a Million Years