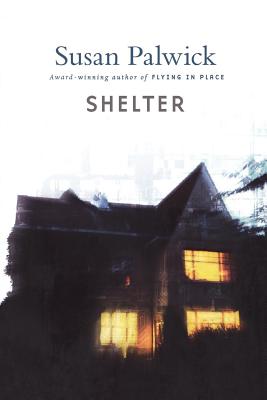 The three basic human needs are food, water…and shelter. But in the late 21st century, compassion is a crime. You can get your memories wiped just for trying to help.

Papa Preston Walford's world doesn't allow for coincidences. Accidents. Secrets in the backs of closets. Or the needs of his own daughter.

Meredith Preston has reason to seek shelter. She needs protection from the monsters in her mind, in her history, in her family. And the great storms of a changing climate have made literal shelter imperative.

When a cutting-edge, high-tech house, designed by a genius with a unique connection to Meredith, overcomes its programming to give shelter to a homeless man in a storm, from its closets emerge the revelations of a past too painful to remember.

In the world of Susan Palwick's Shelter, perception is about to meet reality, and reality has mud all over it. The truth won't make you happy, but it may just make you whole.

“Triumphant…Succeeds as a heart-wrenching romance, a sharp meditation on refugees and displaced persons, and a tragicomedy of cultural differences. Outstanding.” —Publishers Weekly (starred review) on The Necessary Beggar

“Palwick's beautifully crafted tale of exiles struggling to come to terms with a deeply troubled Earth is exquisite.” —Booklist (starred review) on The Necessary Beggar

“One of the best and most moving novels by a new author I have read in years.” —Alison Lurie on Flying in Place