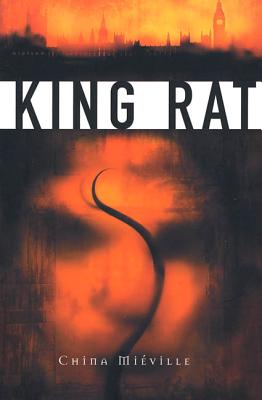 Something is stirring in London's dark, stamping out its territory in brickdust and blood. Something has murdered Saul Garamond's father, and left Saul to pay for the crime.

China Mieville's King Rat was nominated for both the International Horror Guild and Bram Stoker Awards for best first novel.

China Mieville has a Ph.D. from the London School of Economics. He lives in England. He is the author of several books, including King Rat, which was nominated for both the International Horror Guild and Bram Stoker Awards for best first novel, and Perdido Street Station, winner of the 2001 Arthur C. Clarke Award.

"In the past decade, contemporary renderings of traditional fairy tales have become a staple of fantasy fiction. This flashy riff on the Pied Piper theme marks a notable extension of the trend and an auspicious debut for its author." - Publishers Weekly

"Mieville’s book is a modern urban fable which shines through well-drawn characters and a witty Dickens-dark atmosphere." - Bewildering Stories

"King Rat is a strong first novel in the quirky sub-sub-genre of subterranean fairy tales." - The Onion