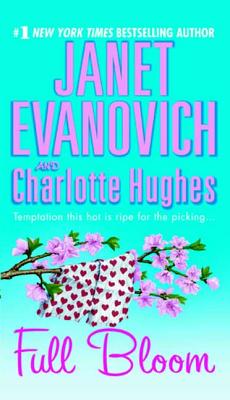 The temperature's on "sizzle" again in Beaumont, South Carolina, where peach trees are in season and ripe for the picking. So is its newest entrepreneur, Annie Fortenberry, who has inherited her grandmother's B&B (and its eccentric handyman Erdle Thorney). According to a local psychic she also inherited a spirit from its glory days as a brothel-not the kind of publicity the Peach Tree Bed & Breakfast needs if it's hosting millionaire Max Holt's upcoming wedding If rumors of a naughty, prank-playing ghost aren't stressful enough, a mysterious man has arrived with an eye on Annie and her master suite. Wes Bridges is all leather and denim, sporting a two-day beard, straddling a Harley, and sending the B&B's testosterone level through the roof. Annie's cool demeanor may be dropping as fast as Wes's jeans, but leave it to her missing ex-husband to dampen the passion Turns out someone has done him in, and all evidence points to Annie Wrapped up in a murder plot, Annie must find the killer, save her own neck, and get back to where she was-wrapped up in Wes's strong loving arms...

We guarantee that you're going to have as much fun reading "Full Bloom" as we had writing it (Even if we were surprised by the ending ) And you won't want to miss the hair-raising shenanigans when Fleas, the hound dog, meets the most cantankerous, snooty, bad-tempered, twenty-two pound orange cat....

Janet Evanovich is the author of the Stephanie Plum books, including "One for the Money" and "Sizzling Sixteen," and the Diesel & Tucker series, including "Wicked Appetite." Janet studied painting at Douglass College, but that art form never quite fit, and she soon moved on to writing stories. She didn't have instant success: she collected a big box of rejection letters. As she puts it, "When the box was full I burned the whole damn thing, crammed myself into pantyhose and went to work for a temp agency." But after a few months of secretarial work, she managed to sell her first novel for $2,000. She immediately quit her job and started working full-time as a writer. After 12 romance novels, she switched to mystery, and created Stephanie Plum. The rest is history. Janet's favorite exercise is shopping, and her drug of choice is Cheeze Doodles. She and her husband live in New Hampshire, in house with a view of the Connecticut River Valley.Charlotte Hughes was raised in the South, the oldest and only daughter of three children. She is the author of the novels "What Looks Like Crazy" and "High Anxiety." She lives in Beaufort, South Carolina.

"Two very powerful authors who are both extremely skilled at creating books bursting with action, adventure and amusement, have paired up to create another fast-paced, wacky novel filled with eccentric characters and southern ambience."-The Road to Romance on Full Tilt

"Number one New York Times bestselling authors Janet Evanovich and Charlotte Hughes have teamed up to create a wonderful duo in FULL SPEED...the sparks between Max and Jamie just fly! After reading the prologue, this was one book I could not put down until I had finished reading to the last page. It was thoroughly enjoyable."-RomanceJunkies on Full Speed