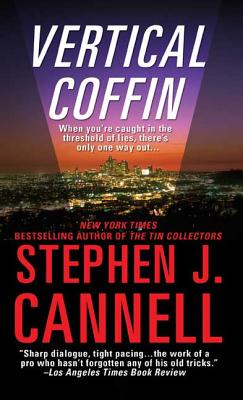 A nightmarish series of events sweeps LAPD's Sergeant Shane Scully and his wife (and boss), Alexa, into the vortex of an enormous, jurisdictional firestorm.

First, a sheriff's deputy, a friend of Shane's, is gunned down while serving a routine search warrant. His fellow deputies blame the incident on the Bureau of Alcohol, Tobacco and Firearms, whom they angrily accuse of having failed to warn them that the suspect had a huge arsenal of illegal weapons in his house.

Soon thereafter, a member of the ATF Situation Response Team is shot to death, followed by the sniper murder of the Sheriff's Special Enforcement Bureau. At the request of the Mayor, LAPD, as an uninvolved and unbiased agency, assigns Shane Scully to investigate.

He is given an impossible deadline to find a solution before these two elite and deadly SWAT Teams kill each other off amid a hurricane of horrible publicity. Shane pursues his investigation in a direction that neither his chief nor his wife agrees with, and succeeds in putting himself, his loved ones, and his career in terrible jeopardy before he finally discovers the shocking and deadly truth.

Stephen J. Cannell (1941-2010) was the author of the bestselling Shane Scully books, including The Prostitute's Ball, The Pallbearers, and Three Shirt Deal. He was also an Emmy Award winning television writer and producer, and in his thirty-five-year-career, he created or co-created more than forty TV series. Among his hits were The Rockford Files, Silk Stalkings, The A-Team, 21 Jump Street, Hunter, Renegade, Wiseguy, and The Commish. He received numerous awards, including the Saturn Award - Life Career Award (2004), The Marlow Lifetime Achievement Award from Mystery Writers of America (2005), and the WGA Paddy Chayefsky Laurel Award for Television Writing Achievement (2006). Having overcome severe dyslexia, Cannell was an avid spokesperson on the condition and an advocate for children and adults with learning disabilities. He was a third-generation Californian and resided in the Pasadena area with his wife, Marcia, and their children.

"Readers will enjoy watching [Scully] puzzle out the twists and turns of the plot and watch breathlessly as he undertakes a climactic high-speed chase."-Publishers Weekly

"Cannell certainly knows how to tell a story...You'll probably read the entire book with a smile on your face." -Cleveland Plain Dealer

"A fast-paced police story...I just did not want to put it down...hats off to Cannell.
He knows his crime stuff, and he can write a novel even better than the many successful TV shows he created." -San Jose Mercury News

"Action's been a reliable staple in the Scully series, but here Cannell gets the people right, too. The best yet for the Rockford man." -Kirkus Reviews (starred review)