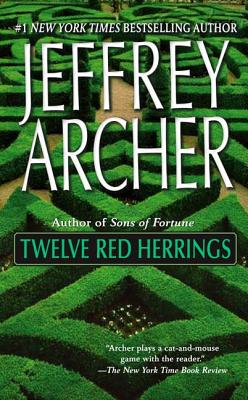 Jeffrey Archer, the internationally bestselling author of Honor Among Thieves, As The Crow Flies, and Kane & Abel, now serves up this inventive new collection of a dozen short stories -- with a twist. Cleverly styled, with richly drawn characters and ingeniously plotted story lines, each of the twelve pieces ends with a delightfully unexpected turn of events.

An imprisoned man is certain that his supposed murder victim is very much alive....A female driver is pursued relentlessly by a menacing figure in another vehicle....A young artist gets the biggest break of her career....A restless beauty manages the perfect birthday celebration....An escaped Iraqi on Saddam Hussein's death list pays an involuntary visit to his homeland. In each tale, human beings are given an opportunity to seize, a crucial problem to solve, or a danger to avoid. How will they react? How would you? Capping off the collection are two additional rewards. In the final story, Archer offers a choice of four endings. And buried in each story is another diversion -- a red herring which Archer challenges his readers to uncover.

“Written in strong, clean prose and ranging in tone from charming to achingly suspenseful.” —Publishers Weekly on Twelve Red Herrings

“There's probably not a red herring among these stories from master spy writer Archer.” —Library Journal on Twelve Red Herrings

“A storyteller in the class of Alexandre Dumas.” —Washington Post

“Archer is one of the most captivating storytellers writing today.” —Pittsburgh Press