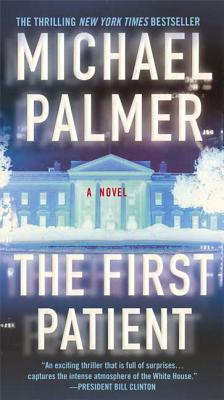 Gabe Singleton and Andrew Stoddard were once Naval Academy roommates. Today, Gabe is a country doctor and his friend Andrew has gone from war hero to governor to President of the United States. One day, while the United States is embroiled in a bitter presidential election campaign, "Marine One" lands on Gabe's Wyoming ranch, and President Stoddard announces that his personal physician has suddenly and mysteriously disappeared and he desperately needs Gabe to take the man's place.

Now ensconced in the White House medical office, Gabe comes to a disturbing realization: The President is not fit to run the country. Worse, Gabe uncovers evidence that his friend's illness may not be due to natural causes. Who could have administered such a blow? And why? The President's life is at stake, the safety of the world is in jeopardy, and it's up to Gabe to find the answers while time is running out

“An exciting thriller that is full of surprises…captures the intense atmosphere of the White House.” —President Bill Clinton

“If medical thrillers are what you’re after, Palmer delivers.”—Booklist

Michael Palmer (1942-2013) wrote internationally bestselling novels of medical suspense, including The First Patient, The Second Opinion, The Last Surgeon, A Heartbeat Away, Oath of Office and Political Suicide. His book Extreme Measures was adapted into a movie starring Hugh Grant and Gene Hackman. His books have been translated into thirty-five languages. Palmer earned his bachelor's degree at Wesleyan University, and he attended medical school at Case Western Reserve University. He trained in internal medicine at Boston City and Massachusetts General Hospitals. He spent twenty years as a full-time practitioner of internal and emergency medicine. In addition to his writing, Palmer was an associate director of the Massachusetts Medical Society Physician Health Services, devoted to helping physicians troubled by mental illness, physical illness, behavioral issues, and chemical dependency. He lived in eastern Massachusetts.
Loading...
or support indie stores by buying on
(This book is on backorder)