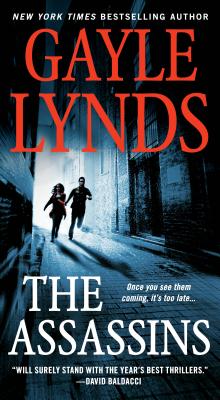 The Assassins (The Judd Ryder Books #2)

Six master assassins, each a legend in the dark corners of international espionage, banded together to steal a fortune in the midst of a war zone. But the mission went tragically wrong, and they retreated into the shadows—until now…


Former military spy Judd Ryder is walking in his own Washington, D.C. neighborhood when he spots someone coming out the front door of his home—who looks just like him, and is wearing his clothes. Just as Ryder starts to trail him, the imposter is killed in a hit-and-run that’s no accident. Was the man the intended victim, or Ryder himself?
Ryder learns that a link to his double’s murder is an infamous Cold War assassin: Code name, the Carnivore. Two of the last people to see the Carnivore were Ryder and CIA trainee Eva Blake, and someone is using them to lure him out. Now, from D.C. all the way to Baghdad, the league of assassins will wage a final battle—even against one another—in a death match for Saddam Hussein’s long-missing billion-dollar fortune. And Judd and Eva are caught in the crossfire...