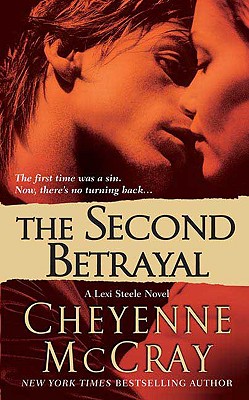 As an undercover agent for the NSA's Recovery Enforcement Division, Alexi Steele is no stranger to the ways and means of the country's most notorious sex criminals. Still, she's never seen anything quite like this. Girls from across the globe are being recruited for a modeling competition in New York City, only to end up as enslaved prostitutes. Now it's up to Lexi and her partner and lover Nicholas Donovan to infiltrate the operation.

Finding the mastermind behind the sex trafficking is only one half of the challenge. The other is Nick. Even though she has always trusted him, Lexi can't help but wonder whether he's keeping something from her a shocking secret from his past on the Special Forces unit. Meanwhile, time is running out for the victims and Lexi may be forced to do the unthinkable to see that the job is done.


Praise For The Second Betrayal…

"Superior action-suspense! McCray has created a powerhouse in Lexi Steele, who's strong, vulnerable, sexy and smart. Powerful characters and a dark and compelling plot make this a great read." -Romantic Times BOOKreviews on The Second Betrayal

“No matter what the genre, McCray is hot!—Romantic Times BOOKreviews

"New York Times" and" USA Today" bestselling author Cheyenne McCray writes the Night Tracker novels and the Armed and Dangerous series, among others. She grew up on a ranch in southeastern Arizona. She has been writing ever since she can remember, back to her kindergarten days when she penned her first poem. She always knew one day she would write novels she wanted to create worlds that readers would get lost in, just as she had always gotten lost in her favorite books. "Growing up I read, read, and read," she says, "and grew up to write, write, write." She has three sons and two dogs. A true Arizona native, she loves the desert and all of the sunshine and beautiful sunsets that go along with it."
Loading...
or
Not Currently Available for Direct Purchase