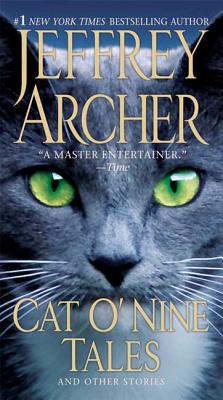 An English lord requires one more chess piece to complete a set that would be worth a fortune. Another man, an accountant, realizes he's achieved nothing in his life—and sets out to make a fortune before he retires. And then there is the author's own favorite, "In the Eye of the Beholder," about a star athlete who has a fateful run-in with a three-hundred-pound woman. Some of these twelve stories were inspired by the two years Jeffrey Archer spent in prison, including "Don't Drink the Water," the tale of a company chairman who tries to poison his wife while on a trip to St. Petersburg—with unexpected consequences. Witty, suspenseful, sad, surprising, and unforgettable, Cat O'Nine Tales is Jeffrey Archer at his best.

Praise For Cat O' Nine Tales: And Other Stories…

“A storyteller in the class of Alexandre Dumas…unsurpassed skill…making the reader wonder intensely what will happen next.” —The Washington Post