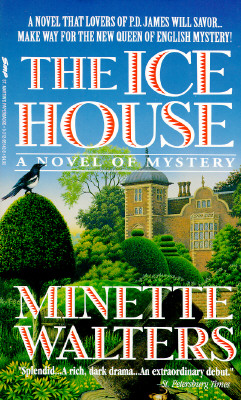 With this stunning debut--a marvelous marriage of classic convention and contemporary sophistication--Minette Walters sets a new standard of excellence for the mystery novel.
The three women living in seclusion at an elegant Hampshire country house have long been fodder for village gossip...even whispers of a witches' coven. So when a faceless corpse of uncertain vintage is found in the Streech Grange ice house, Chief Inspector Walsh can't wait to make a case of it.
Lady of the manor Phoebe Maybury, still haunted by Walsh's relentless investigation of her husband's strange disappearance ten years ago, is calm. She and her two housemates--sensitive, charming artist Diana Goode and pretty, earthy Anne Cattrell--seem as puzzled as the police. But do they have something to hide?
While Walsh strives to nail Phoebe for murder, sexy young Detective Sergeant McLoughlin turns his attention to the exasperating and magnetic Anne. Soon his inquiry and his impulses will draw him into a tangled thicket of love, loyalty, and deadly intrigue.

Minette Walters is the author of many suspense novels and the winner of the Crime Writers' Association Gold Dagger Award, the Edgar Allan Poe Award, and the CWA John Creasey/New Blood Dagger Award, among others. Her work has been translated into twenty-six languages. She lives with her husband in Dorset, England.

Praise For The Ice House…