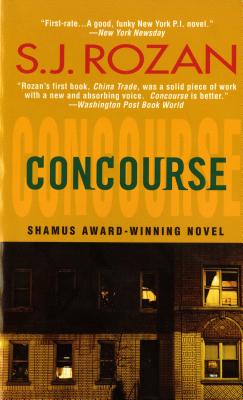 It flows through the Bronx like a river between banks of faded elegance. And at the end of the avenue called the Grand Concourse is the place people go to die, the Bronx Home for the Aged. The only trouble is the people dying there are going before their time.

Bill Smith has been hired by an old friend to investigate the brutal killing of a young security guard on the Bronx Home grounds. Going undercover, Smith wades out into a sea of violence and lies washing up against the old brick building. When a second murder is committed, Smith knows that there's a method to the madness. With the help of bright, young Chinese-American investigator Lydia Chin, Smith uncovers a web of corruption that's found a home in the Bronx. Now he has to figure out who will die next.

S. J. Rozan is the author of many critically acclaimed novels and has won most of crime fiction's greatest honors, including the Edgar, Shamus, Anthony, Macavity, and Nero Awards. She lives in New York.
Loading...
or
Not Currently Available for Direct Purchase