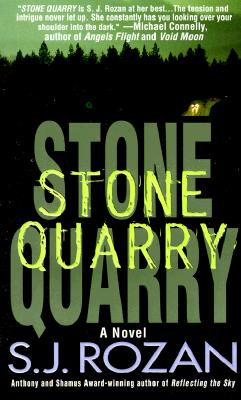 Bill Smith's country cabin in upstate New York is far from the city's savage streets--a retreat where a weary P.I. can play Mozart on his upright piano and let nature heal him. But when Eve Colgate, a local farmer and painter, asks him to find stolen items--six paintings which could reveal Eve's highly guarded thirty-year-old secret--he caves. When Smith's partner, Lydia Chin, comes in on the action, she brings along her cool courage and sharp mind. It's a simple case--until the runaway daughter of a hotshot politician and the murder of a local hood change the playing field. Now the stench of corruption fills this rural paradise, as Bill and Lydia scour through dangerous secrets and greedy corridors for the stone-cold truth...

S. J. Rozan is author of many critically acclaimed novels which have won most of crime fiction's greatest honors, including the Edgar, Shamus, Anthony, Macavity, and Nero awards. Born and raised in the Bronx, Rozan now lives in lower Manhattan.

"Classy...well-built plots...sturdy characters...out in the woods, with nothing but space between him and the sky, Smith isn't just tough. He's alive."--The New York Times