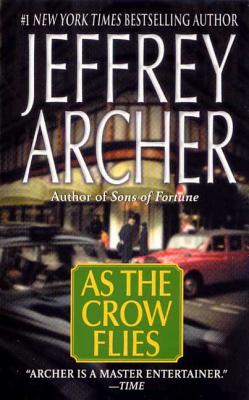 As the Crow Flies (Mass Market)

Growing up in the slums of East End London, Charlie Trumper dreams of someday running his grandfather's fruit and vegetable barrow. That day comes suddenly when his grandfather dies leaving him the floundering business. With the help of Becky Salmon, an enterprising young woman, Charlie sets out to make a name for himself as "The Honest Trader". But the brutal onset of World War I takes Charlie far from home and into the path of a dangerous enemy whose legacy of evil follows Charlie and his family for generations.

Encompassing three continents and spanning over sixty years, As the Crow Flies brings to life a magnificent tale of one man's rise from rags to riches set against the backdrop of a changing century.

Praise For As the Crow Flies…

“Archer...has an extraordinary talent for turning notoriety into gold, and telling fast-moving stories.” —The Philadelphia Inquirer

“A storyteller in the class of Alexandre Dumas...unsurpassed skill...making the reader wonder intensely what will happen next.” —The Washington Post

“Archer is one of the most captivating storytellers writing today. His novels are dramatic, fast moving, totally entertaining-and almost impossible to put down.” —Pittsburgh Press