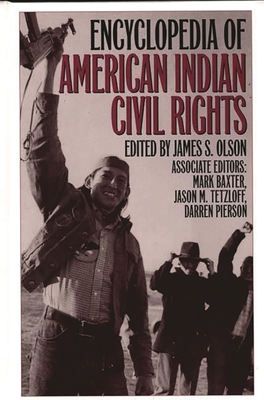 Individual demands for equality and civil rights are central themes in U.S. history and American Indian people are no exception. They have had to deal with white racism and its expression in local and national political institutions while trying to define the rights of individual Indians vis- -vis their own tribal governments. The struggle has made their civil rights movement unique. This encyclopedia, designed to meet the curriculum needs of high school and college students, provides the most comprehensive, up-to-date coverage of American Indian civil rights issues. More than 600 entries cover a variety of perspectives, issues, individuals, incidents, and court cases central to an understanding of the history of civil rights among American Indian peoples. The issue is a complicated one, expanding over a period of more than a century.

The history of American Indian civil rights can be traced not only in the courts and the federal legislation, but on the battlefield where a number of civil rights protests have been fought. This encyclopedia clarifies the complicated history of individual rights, water rights, land rights, and other issues in American Indian civil rights. It is thoroughly cross-referenced for ease of use in tracing any particular issue or incident. Each entry is followed by a list of works for further reading on the topic. An appendix of entries on landmark court cases is organized by issue. A selection of photos complements the text. This work is a one-stop source for up-to-date information on all aspects of American Indian civil rights and is essential for high school, public, and university libraries.