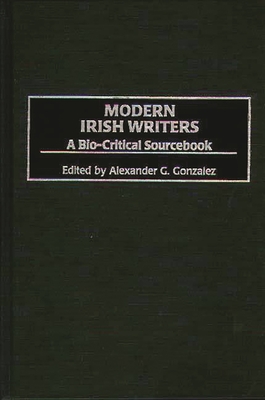 While the Irish Literary Revival began around 1885 and ended somewhere between 1925 and 1940, the Irish Renaissance has continued to the present day and shows no sign of abating. The period has produced some of the most important and influential figures in Irish literature, some of whom are counted among the world's greatest authors. The Revival saw a reestablishment of Ireland's literary connections with its Celtic heritage, and writers such as William Butler Yeats and Lady Gregory drew heavily on the myths and legends of the past. James Joyce boldly reshaped the novel and wrote short fiction of enduring value. Contemporary Irish writers continue to be leading figures and include such authors as Brian Frigl, Seamus Heaney, and Eavan Boland.

Included in this reference book are alphabetically arranged entries for more than 70 modern Irish writers, including Samuel Beckett, William Trevor, Patrick Kavanagh, Medbh McGuckian, Sean O'Casey, J. M. Synge, and Nuala Ni Dhomhnaill. Entries are written by expert contributors and reflect a broad range of perspectives. Each entry contains a brief biography that summarizes the author's career, a discussion of major works and themes, an overview of the author's critical reception, and a bibliography of primary and secondary works. An introductory essay reviews the large and growing body of scholarship on modern Irish literature, while an extensive bibliography concludes the volume.

ALEXANDER G. GONZALEZ is Profesor of English, specializing in Irish literature at Cortland College of the State University of New York. He has taught at the University of California at Santa Barbara and at The Ohio State University. During the summer of 1991 he served as Distinguished Scholar in Residence at The Pennsylvania State University, where he taught a course on contemporary Irish women poets. He has published several books, including Assessing the Achievement of J. M. Synge (Greenwood, 1996), and his articles have appeared in journals such as Studies in Short Fiction, Irish University Review, Colby Quarterly, South Atlantic Review, and Eire-Ireland.
Loading...
or support indie stores by buying on