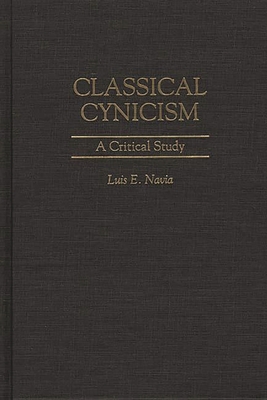 A Critical Study (Contributions in Drama and Theatre Studies #58)

Individual chapters are devoted to Antisthenes, Diogenes, and Crates, the three principal classical Cynics. Attention is given to the development and application of certain fundamental Cynic ideas and to the transformation of these ideas throughout the eight centuries during which Cynicism was an influential philosophical movement. The book provides abundant references to primary and secondary sources and includes a bibliography of over five hundred entries.

LUIS E. NAVIA is Dean of Arts, Sciences and Communication, and Professor of Philosophy at New York Institute of Technology. He is the author of The Philosophy of Cynicism (Greenwood Press, 1995), has published twelve books in philosophy and cosmology, and has edited several philosophy textbooks. For over 20 years, he has worked for the Commission on Higher Education.
or support indie stores by buying on
Copyright © 2020 American Booksellers Association