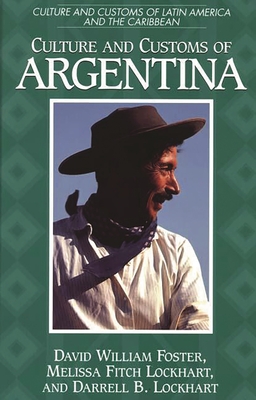 Argentina, one of the most dynamic societies in Latin America, is known for its impressive level of cultural production. This examination of the social and cultural institutions of Argentine society contains a series of comprehensive and informative essays that focus on the most important forms of cultural production in terms of major works, major artists, and major venues.

Students and interested readers will discover what is unique about Argentina's culture and customs in this thorough and engaging overview. The authors describe the issues that have dominated Argentine society and place everything in its proper context by including a chronology of major historic events. This volume also contains chapters on Religion, Social Customs, Broadcasting and Print Media, Cinema, Literature, Performing Arts, and Art (including Sculpture, Photography, Architecture, Painting).