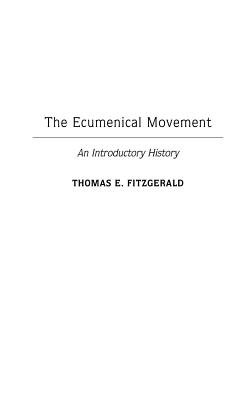 An Introductory History (Contributions to the Study of Religion #72)

What is Ecumenism? How and when did it start? What are its goals and how will they affect the future of the Christian churches? This book answers these questions and examines the remarkable story of new encounters between Orthodox, Roman Catholic, Anglican, Old Catholic, and most Protestant churches. Most of these churches have been divided for centuries over issues of theology, faith, and practice. Ecumenism seeks to reconcile these differences and to bring the churches together into a new unity based on their commonalities and their understanding of Christian faith. Here, FitzGerald traces the history of the churches and their divisions and focuses on the ways in which the Ecumenical movement began and the efforts that have been made to assist the churches in overcoming age-old strife, animosity, and misunderstanding.

For centuries, Christian churches have remained divided over their doctrinal differences, but beginning in the late nineteenth century, churches and their members slowly began to emerge from their isolation. They began to abandon competition, mistrust, and misunderstanding in an effort to seek out their common interests and faith through meetings and organizations meant to bring them together. The encounters between the churches led to proposals for common prayers for unity, and for common witness in society. While not without difficulty, these encounters have fostered a renewal in Christian theology, worship, and witness, affecting all levels of church life. The process has touched Christians all over the world in various ways. FitzGerald carefully traces the history of the movement and its impact on the churches themselves, as well as the believers who attend them, making this important reading for all Christians and anyone interested in learning more about church division and efforts to restore unity.

THOMAS E. FITZGERALD is Professor of Church History and Historical Theology at Holy Cross Greek Orthodox School of Theology in Brookline, Massachusetts. He has served as Executive Director of the Program on Unity and Renewal at the World Council of Churches in Geneva, Switzerland. As a theologian in the Orthodox Church, he has participated in theological conferences and ecumenical dialogues in over 30 countries. He is the author of a number of articles and books including The Orthodox Church published by Greenwood Press.
Loading...
or support indie stores by buying on