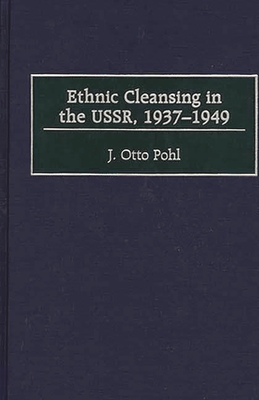 Between 1937 and 1949, Joseph Stalin deported more than two million people of 13 nationalities from their homelands to remote areas of the U.S.S.R. His regime perfected the crime of ethnic cleansing as an adjunct to its security policy during those decades. Based upon material recently released from Soviet archives, this study describes the mass deportation of these minorities, their conditions in exile, and their eventual release. It includes a large amount of statistical data on the number of people deported; deaths and births in exile; and the role of the exiles in developing the economy of remote areas of the Soviet Union.

The first wholesale deportation involved the Soviet Koreans, relocated to Kazakhstan and Uzbekistan to prevent them from assisting Japanese spies and saboteurs. The success of this operation led the secret police to adopt, as standard procedure, the deportation of whole ethnic groups suspected of disloyalty to the Soviet state. In 1941, the policy affected Soviet Finns and Germans; in 1943, the Karachays and Kalmyks were forcibly relocated; in 1944, the massive deportation affected the Chechens, Ingush, Balkars, Crimean Tatars, Crimean Greeks, Meskhetian Turks, Kurds, and Khemshils; and finally, the Black Sea Greeks were moved in 1949 and 1950.

J. OTTO POHL is a freelance writer and historian. He is the author of The Stalinist Penal System: A Statistical History of Soviet Repression and Terror, 1930-1953 (1997), and his articles have appeared in Ararat, Journal of the Hellenic Diaspora, Quadrant (Australia), and Jewish Affairs (South Africa).
Loading...
or support indie stores by buying on