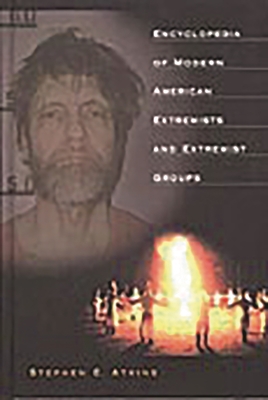 The number of extremists and extremist groups in the United States has increased dramatically in the last 20 years. This encyclopedia, the only one of its kind, provides the most up-to-date information on 275 of the most influential and significant homegrown extremists and extremist groups that have operated in the U.S. since 1950, as well as entries on important extremist events, terms, and concepts. More than 75% of the coverage deals with the period since the 1980s, including subjects unavailable in other sources.

Objective entries focus on left-wing and right-wing individuals and groups who take extreme positions on political, economic, religious, or social issues. Included is the latest information about the workings and agendas of established groups such as the Ku Klux Klan, and hard-to-find information on a variety of recent militia groups, cults, survivalists, and separatist movements. Each entry is followed by a useful bibliography of books and articles for further research. A timeline of events in American extremism and a selection of photos accompany the text. Current through the end of 2001, this work is a valuable tool for authoritative information on what has become a growing problem in the United States.

STEPHEN E. ATKINS is Associate University Librarian for Collection Management at the Sterling C. Evans Library at Texas A&M University. He is the author of Historical Encyclopedia of Atomic Energy (Greenwood, 2000), which received the Booklist Editor's Choice Award for 2000, Terrorism: A Handbook (1992), Arms Control and Disarmament, Defense and Military, International Security and Peace: An Annotated Guide to Sources 1980-1987 (1989), and The Academic Library in the American University (1991), as well as numerous journal articles on arms control.
Loading...
or support indie stores by buying on