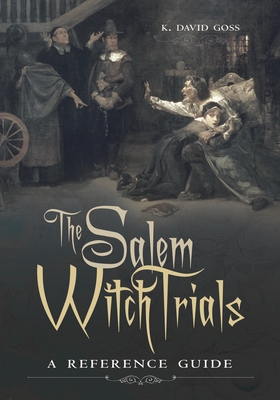 Part of the enduring fascination of the Salem witch trials is the fact that, to date, no one theory has been able to fully explain the events that ravaged Salem in 1692. Countless causes, from ergot-infected rye to actual demonic posession, have been offered to explain why the accusations and erratic behavior of seven village girls left hundreds accused, over 20 dead, and the townspeople of eastern Massachusetts shaken. Through a multitude of resources, this authoritative reference guide explores the Salem Witchcraft episode, including the religious and political climate in Puritan New England, and accessibly summarizes the major interpretations of, and reactions to, the events, from the seventeenth century until the present day. Biographical sketches of each person central to the events--including afflicted girls, victims, ministers, and magistrates--add a human element, and primary document excerpts--including petitions, letters, and revealing testimony--give a firsthand glimpse of the proceedings in the players' own words. A chronology of events, a glossary of terms, an annotated bibliography, and over 25 photos make this a must-have resource for students of American history, criminal justice, gender issues, and culture.

A must-have for any student of American history, this resource gives a unique glimpse into the 17th century politics, religious culture, and gender issues that created the Salem witchcraft episode, and gives context to an impact that still resonates today, in everything from modern political life to popular culture.

K. David Goss is Assistant Professor of History at Gordon College, specializing in American history and museum studies. His many published works include Cornerstones of Salem (2000) and Treasures of a Seaport Town (1998).
Loading...
or support indie stores by buying on