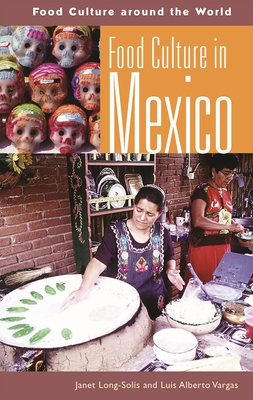 Since ancient times, the most important foods in the Mexican diet have been corn, beans, squash, tomatillos, and chile peppers. The role of these ingredients in Mexican food culture through the centuries is the basis of this volume. In addition, students and general readers will discover the panorama of food traditions in the context of European contact in the sixteenth century--when the Spaniards introduced new foodstuffs, adding variety to the diet--and the profound changes that have occurred in Mexican food culture since the 1950s. Recent improvements in technology, communications, and transportation, changing women's roles, and migration from country to city and to and from the United States have had a much greater impact.

Their basic, traditional diet served the Mexican people well, providing them with wholesome nutrition and sufficient energy to live, work, and reproduce, as well as to maintain good health. Chapter 1 traces the origins of the Mexican diet and overviews food history from pre-Hispanic times to recent developments. The principal foods of Mexican cuisine and their origins are explained in the second chapter. Mexican women have always been responsible for everyday cooking, including the intensive preparation of grinding corn, peppers, and spices by hand, and a chapter is devoted to this work and a discussion of how traditional ways are supplemented today with modern conveniences and kitchen aids such as blenders and food processors. Surveys of class and regional differences in typical meals and cuisines present insight into the daily lives of a wide variety of Mexicans. The Mexican way of life is also illuminated in chapters on eating out, whether at the omnipresent street stalls or at fondas, and special occasions, including the main fiestas and rites of passage. A final chapter on diet and health discusses current health concerns, particularly malnutrition, anemia, diabetes, and obesity.