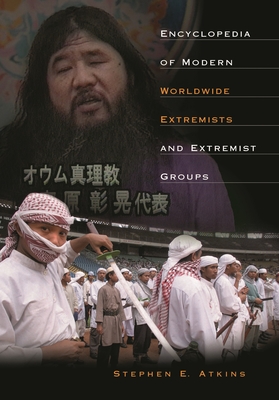 This fascinating compilation gives a succinct and objective overview of the most significant worldwide extremists and extremist groups in operation over the past 50 years. 290 alphabetically organized entries detail the notorious history, activities, and beliefs of these shadowy and often violent extremists.

Extremism has taken root and grown the world over. These 290 alphabetically organized entries detail the notorious and often violent history, activities, and beliefs of the most active and influential extremists and extremist groups in operation around the globe. Atkins highlights the dark truth that people of all ideologies, religions, regions, and races share a readiness for violence. This will be a very useful guide to students and scholars looking for a quick and easy- to-use guide to those groups and persons whose acts have unfortunately dominated headlines over the past several decades.

Well over three-quarter of the book's entries focus on extremist activity since 1980, with many entries providing historical perspectives that add a fullness of information found nowhere else. As a companion to the lauded Encyclopedia of Modern American Extremists and Extremists Groups, this work contains a wealth of information not found together anywhere else on groups and people such as English Neo-Nazis, Argentinean death squads, American ecoterrorists, Hindu xenophobes, and Japanese cults.

Stephen E. Atkins is assistant university librarian for collection management, Texas A&M University Libraries. He received his PhD in History from the University of Iowa. He is the author of Encyclopedia of Modern American Extremists and Extremist Groups (Greenwood, 2002), Dictionary of Atomic Energy (Greenwood, 2000), which received the Booklist Editor's Choice Awards for 2000, Terrorism: A Handbook (1992), Arms Control and Disarmament, Defense and Military, International Security and Peace: An Annotated Guide to Sources 1980-1987 (1989), and The Academic Library in the American University (1989), as well as numerous journal articles on arms control.
or
Not Currently Available for Direct Purchase
Copyright © 2020 American Booksellers Association