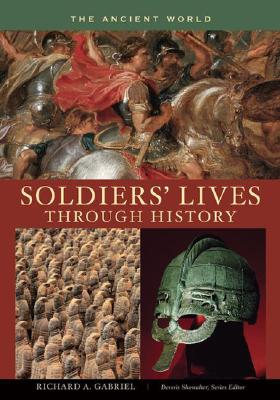 Once warfare became established in ancient civilizations, it's hard to find any other social institution that developed as quickly. In less than a thousand years, humans brought forth the sword, sling, dagger, mace, bronze and copper weapons, and fortified towns. The next thousand years saw the emergence of iron weapons, the chariot, the standing professional army, military academies, general staffs, military training, permanent arms industries, written texts on tactics, military procurement, logistics systems, conscription, and military pay. By 2,000 B.C.E., war was an important institution in almost all major cultures of the world. This book shows readers how soldiers were recruited, outfitted, how they fought, and how they were cared for when injured or when they died. It covers soldiers in major civilizations from about 4000 B.C.E. to about 450 C.E.

Topics are discussed cross-culturally, drawing examples from several of the cultures, armies, and time periods within each chapter in order to provide the reader with as comprehensive an understanding as possible and to avoid the usual Western-centric perspective too common in analyses of ancient warfare.

Richard A. Gabriel is a military historian and the author of numerous books. He was Professor of History and Politics at the U.S. Army War College and Professor of Humanities and Ethics at Daniel Webster College. Among his many books are Empires At War: A Chronological Encyclopedia (Greenwood, 2005), The Great Captains of Antiquity (2001) and From Sumer To Rome: The Military Capabilities of Ancient Armies (1991).
Loading...
or support indie stores by buying on