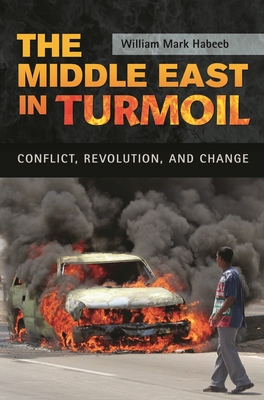 The Middle East in Turmoil

Since the end of the Iran-Iraq war in the 1980s, conflict in the Middle East has been increasingly wrought with internal struggles, driven by ethnic, inter-communal, and religious differences. Islamic radicalism has grown as an internal threat, and foreign intervention is now a potential catalyst. Since 1990, the Middle East has twice witnessed the introduction of foreign armies, first to halt Iraqi expansionism, and more recently, to bring about regime change in Iraq. This perfect storm of factors has brought about a heightened level of instability, with numerous conflicts simmering in hot spots throughout the region.

Explosive, in-depth chapters explore each conflict or latent conflict, including the history, the nature of the conflict, the factors involved, and any steps toward resolution. Hot spots covered include: The movement for Berber rights in Morocco; Shi'a opposition in Bahrain; Iraqi civil war and internal struggle for power; Iran's interstate conflict with the United States; and Islamic insurgency throughout the region. This volume is a must-have for up-to-the-minute coverage of hot spots in one of the world's most volatile regions.

William Mark Habeeb has worked in international affairs for over 20 years. He specializes in conflict resolution and Middle East affairs. His extensive published works include Power and Tactics in International Negotiation: How Weak Nations Bargain with Strong Nations; Polity and Society in Contemporary North Africa; and numerous book chapters and journal articles. Habeeb has also served as an editorial consultant to the United Nations.
or support indie stores by buying on