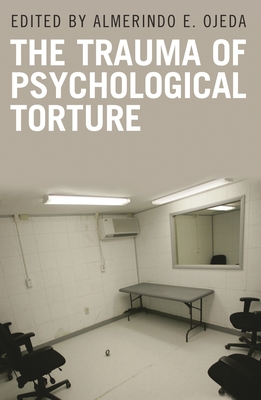 The Trauma of Psychological Torture (Disaster and Trauma Psychology)

It is, in some circles, called No-Touch Torture. Yet it brings pain and damage that can last a lifetime. Psychological torture techniques - which have a history of use by U.S. forces globally trailing far into the past beyond Guantanamo and Abu Ghraib - include a variety of methods from mock executions, severe humiliation, and mind-altering drugs, to forced self-induced pain, sensory disorientation including loud music and light control, and exploitation of personal or cultural phobias. It is no accident, for example, that Private Lynndie England was seen in Abu Ghraib pictures, which shocked the world, with Arab prisoners forced naked into a pile or led like dogs by leash. Arabs have strong spiritual beliefs about the humiliation of public nudity, and also have a strong cultural fear of dogs. These techniques are neither surprising nor particular to England if one has fair knowledge of the U.S. history of sanctioned psychological torture techniques, say the experts behind this book. Having reached a joint crescendo of intolerance and horror, scholars from across the nation met in 2006 for a conference on psychological torture and what can be done to stop the practice. They agree with Alberto Mora, the U.S. Navy's general counsel, who fought to stop the Pentagon-sanctioned psychological torture at Guantanamo. Cruelty disfigures our national character. Where cruelty exists, law does not, Mora said. This book is the joint effort of those scholars, from the University of California Center for the Study of Human Rights in the Americas, to Harvard Medical School, to paint a clear picture of psychological torture, its longterm affects, and spur action to stop the practice.

The distinctly American form of psychological torture has four characteristics that make it attractive to the CIA and other supporters, say the authors. It is elusive - lacks the clear signs of physical abuse so eludes detection and complicates investigation, prosecution, or attempts at prohibition. It is shrouded - in scientific patina that makes it appeal to policy makers and avoids the obvious physical brutality unpalatable to the general public. It is adaptable - as shown by searing innovations by the CIA across 40 years. And it is destructive - can cause psychosis and other psychological disorders or, in more severe cases, death. While, in public, U.S. officials spotlight and support legislation that has banned physical torture, far more clandestine political, military, and CIA activities are refining and increasing the use of psychological torture. This book includes a brief history of sanctioned psychological experiments and actions to torture, as well as CIA research outsourced to leading U.S. universities that produced what the authors call key findings that led to the first real revolution in the cruel science of pain in centuries. Historical information here includes a summary of a decade of mind-control research by the CIA that in 1963 resulted in the KUBARK Counterintelligence Interrogation manual. This volume represents a striking collaboration of distinguished psychologists, psychiatrists, neurobiologists, lawyers, historians, and a semanticist. The book closes with case studies of the psychological torture of Mohammed al-Qahtani, the alleged 20th hijacker in the 9/11 attacks, and of Salim Hamdan, the alleged driver of Osama bin Laden. This work will be absorbing to any reader interested in human rights, covert politics now and across history, military science, psychology, or psychiatry.

Almerindo E. Ojeda is Founding Director of the University of California Davis Center for the Study of Human Rights in the Americas (CSHRA). CSHRA is an academic research center founded in 2005, aiming to gather information about human rights in the American continent, to interpret it through cross-cultural perspectives, develop legal instruments for human rights protections, create relevant curricula, and enhance human rights across the continent through action. Ojeda is Professor of Linguistics at the University of California Davis.
or support indie stores by buying on