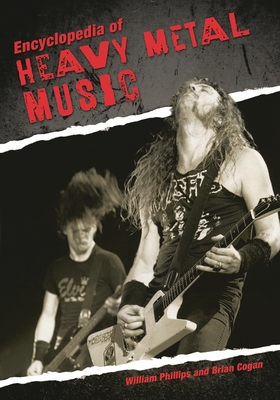 It has been reviled, dismissed, attacked, and occasionally been the subject of Congressional hearings, but still, the genre of music known as heavy metal maintains not only its market share in the recording and downloading industry, but also as a cultural force that has united millions of young and old fans across the globe. Characterized by blaring distorted guitars, drum solos, and dramatic vibrato, the heavy metal movement headbanged its way to the popular culture landscape with bands like Led Zeppelin and Black Sabbath the 1970s. Motley Crue and Metallica made metal a music phenomenon in the 1980s. Heavy metal continues to evolve today with bands like Mastodon and Lamb of God.

Providing an extensive overview of the music, fashion, films, and philosophies behind the movement, this inclusive encyclopedia chronicles the history and development of heavy metal, including sub-movements such as death metal, speed metal, grindcore, and hair metal.

Essential and highly entertaining reading for high school and undergraduate courses in popular music studies, communications, media studies, and cultural studies, the Encyclopedia of Heavy Metal Music and Culture offers a guide to the ultimate underground music, exploring its rich cultural diversity, resilience, and adaptability. Entries for musicians include a discography for those wanting to start or develop their music collections.

William Phillips is an independent scholar. He has written extensively on music, technology, and culture. He is currently at New York University, writing his PhD on digital technology and music culture, where he teaches courses on media, communication, and culture. He also works on a variety of musical projects as a guitarist and producer out of his Brooklyn home recording studio.Brian Cogan is a professor who has written extensively on music and popular culture as well as music criticism. He received his PhD in media ecology in 2002 from New York University. He teaches at Molloy College and has taught at New York University and the College of Staten Island. Cogan is the author of Greenwood's Encyclopedia of Punk Music and Culture (2006).
or support indie stores by buying on
Copyright © 2020 American Booksellers Association