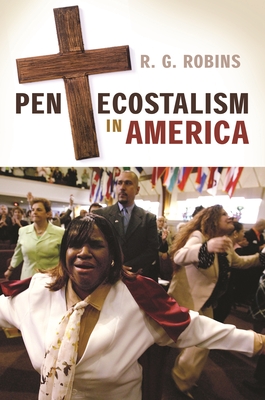 In Pentecostalism in America, author R. G. Robins offers an accessible survey of Pentecostalism in the United States, providing a clear, nontechnical introduction and making this complex and rapidly changing movement comprehensible to the general reader. A historical approach to the topic is presented, guiding the reader through the theological, social, and liturgical variants within American Pentecostalism and its major branches, organizations, and institutions; the movement's relation to its offspring; as well as how Pentecostal groups compare to parallel movements in contemporary American Christianity.

R. G. Robins, PhD, is a Fulbright Scholar and associate professor with specialization in American Studies at the University of Tokyo in Tokyo, Japan.
Loading...
or support indie stores by buying on