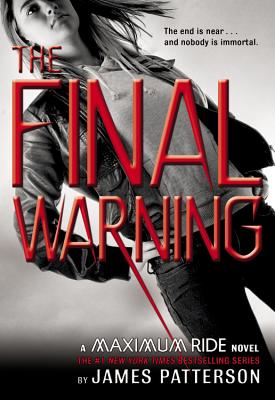 "Three cheers! Max is one of the smartest, strongest, funniest heroines around." - Diane Garrett, Diane's Books

In this breathtaking new story from the astonishing imagination of James Patterson, a girl has to save herself from an army assembled just to capture her-and maybe save the planet while she's at it.

Maximum Ride is a perfectly normal teenager who just happens to be able to fly, the result of an out-of-control government experiment. Max and the other members of the Flock-six kids who share her remarkable ability-have been asked to aid a group of environmental scientists studying the causes of global warming. The expedition seems like a perfect combination of adventure, activism-and escaping government forces who watch the Flock like a hawk.

But even in Antarctica, trapped in the harshest weather on our planet, Maximum Ride is an irresistible target in constant danger. For whoever controls her powers could also control the world . . . Maximum Ride is James Patterson's greatest character, a heroine who manages to be human and fearless at once. THE FINAL WARNING is an unrelenting new adventure from the writer Time magazine has called "The Man Who Can't Miss."

In the spirit of the most enduring hit movies and books, James Patterson has written this story for readers from ten to a hundred and ten. Special care has been taken with the language and content of THE FINAL WARNING.