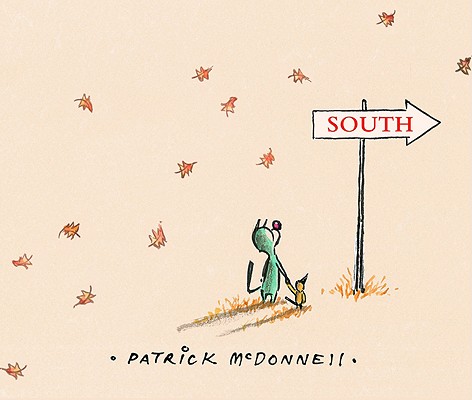 When a little bird awakens to find that all of his friends and family have gone south for the winter, it takes a surprising friendship with Mooch the cat to help him find his way. This is a wordless and profoundly moving story--by the creator of the beloved comic strip Mutts--that explores being lost and found, crossing boundaries, saying goodbye, and broadening horizons.

Praise for The Gift of Nothing:

Patrick McDonnell is the author and illustrator of Tek: The Modern Cave Boy, Thank You and Good Night, A Perfectly Messed-Up Story, The Monsters' Monster, and Me...Jane, a Caldecott Honor Book. He is also the creator of the internationally syndicated comic strip Mutts, which inspired his picture books The Gift of Nothing, Hug Time, and others. He lives in New Jersey.
Loading...
or
Not Currently Available for Direct Purchase