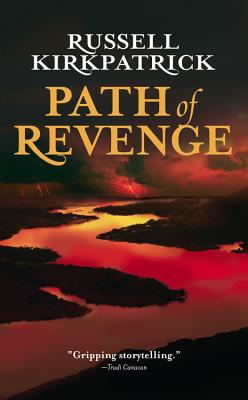 Path of Revenge (The Broken Man #1)

A once-powerful magician, defeated decades ago by the Undying Man, lies in the dungeon of Andratan, planning his revenge.

There are three things he needs: the stone, the blood and a hand of hate. The three people he has manipulated from afar to bring these things to him are on their way. They have no way of knowing what lies in store.

The Faltha War might have ended, but for three great continents - and their gods - the war for immortality has only just begun.

Russell Kirkpatrick's love of literature and a chance encounter with fantasy novels as a teenager opened up a vast number of possibilities to him. The idea that he could marry storytelling and mapmaking (his other passion) into one project grabbed him and wouldn't let go. He lives in New Zealand with his wife and two children. Find out more about Russell Kirkpatrick at www.russellkirkpatrick.com.
Loading...
or
Not Currently Available for Direct Purchase