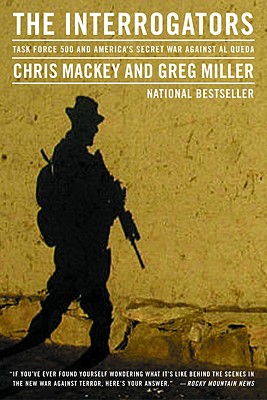 More than 3,000 prisoners in the war on terrorism have been captured, held, and interrogated in Afghanistan alone. But no one knows what transpired in those interactions between prisoner and interrogator -- until now.

In The Interrogators, Chris Mackey, the senior interrogator at Bagram Air Base and in Kandahar, where al-Qaeda and Taliban prisoners were first detained and questioned, lifts the curtain. Soldiers specially trained in the art of interrogation went face-to-face with the enemy. These mental and psychological battles were as grueling, dramatic, and important as any in the war on terrorism. We learn how, under Mackey's command, his small group of "soldier spies" engineered a breakthrough in interrogation strategy, rewriting techniques and tactics grounded in the Cold War.

Mackey reveals the tricks of the trade, and we see how his team -- four men and one woman -- responded to the pressure and the prisoners. By the time Mackey's group was finished, virtually no prisoner went unbroken.