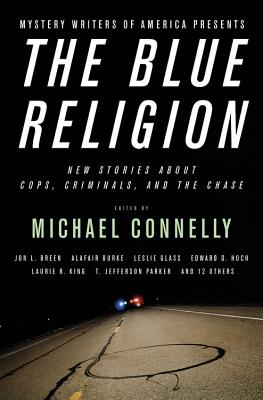 New Stories about Cops, Criminals, and the Chase

Taking us from smoggy Los Angeles to the woods of Idaho, from Hawaii at the turn of the twentieth century to the post-Civil War frontier, these riveting stories trace the perils and occasional triumphs of lawmen and women who put themselves in harm's way to face down the bad guys. Some of them even walk the edge of becoming bad guys themselves.

In T. Jefferson Parker's "Skinhead Central," an ex-cop and his wife find unexpected menace in the idyllic setting they have chosen for their retirement. In Alafair Burke's "Winning," a female officer who is attacked in the line of duty must protect her own husband from his worst impulses. In Michael Connelly's "Father's Day", Harry Bosch faces one of his most emotionally trying cases, investigating a young boy's death.

These are hard-hitting, thrilling, and utterly unforgettable stories, from some of the best writers in the mystery world.

Michael Connelly is the author of thirty-two previous novels, including the #1 New York Times bestsellers Dark Sacred Night, Two Kinds of Truth, and The Late Show. His books, which include the Harry Bosch series and Lincoln Lawyer series, have sold more than seventy-four million copies worldwide. Connelly is a former newspaper reporter who has won numerous awards for his journalism and his novels. He is the executive producer of Bosch, starring Titus Welliver, and the creator and host of the podcast Murder Book. He spends his time in California and Florida.
Loading...
or support indie stores by buying on