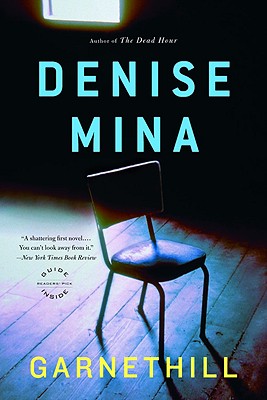 Maureen O'Donnell wakes up one morning to find her therapist boyfriend murdered in the middle of her living room and herself a prime suspect in a murder case.
Desperate to clear her name and to get at the truth, Maureen traces rumors about a similar murder at a local psychiatric hospital, uncovering a trail of deception and repressed scandal that could exonerate her - or make her the next victim.
"A shattering first novel... You can't look away from it."-New York Times Book Review

"I can't think of a more interesting - and less likely - crime hero than Maureen O'Donnell, the damaged but determined center of Denise Mina's marvelous debut mystery. . . . The book bristles with angry energy and the spare urban poetry of its unique language." -Chicago Tribune

"A groundbreaking book . . . its emotional rawness and visceral honesty pack a punch more potent than any boxer-turned-PI could provide."-Washington Post Book World

"A compelling story. . . . This is the reason we read mysteries." -Rocky Mountain News

"This is the book that made me fall in love with Denise Mina. She's a terrific social commentator and does all the things good crime fiction should always do: talk about characters and how their lives are changed for the better or worse by acts of violence."
—Karin Slaughter, author of Pretty Girls

Denise Mina is the author of more than ten novels, including The Long Drop, winner of the 2017 McIlvanney Prize for Scottish crime book of the year, and the Garnethill trilogy, the first installment of which won the John Creasey Memorial Award for best first crime novel. Mina has twice received the Theakstons Old Peculier Crime Novel of the Year Award. She lives in Glasgow.