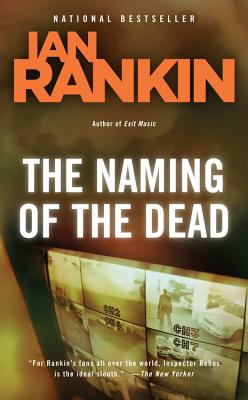 The Naming of the Dead (Mass Market Paperback)

The leaders of the free world descend on Scotland for an international conference, and every cop in the country is needed for front-line duty...except one. John Rebus's reputation precedes him, and his bosses don't want him anywhere near Presidents Bush and Putin, which explains why he's manning an abandoned police station when a call comes in. During a preconference dinner at Edinburgh Castle, a delegate has fallen to his death. Accident, suicide, or something altogether more sinister? And is it linked to a grisly find close to the site of the gathering? Are the world's most powerful men at risk from a killer? While the government and secret services attempt to hush the whole thing up, Rebus knows he has only seventy-two hours to find the answers.

Praise For The Naming of the Dead…

"The fifty-something Rebus is surely one of the most rounded, warts-and-all characters in modern crime fiction. . . . Those who want to plunge deep into a world of convincing characters and brilliantly rendered atmospherics can't do much better than this."
-Washington Post

"For Rankin's
fans all over the world, Rebus is the ideal sleuth."
-The New Yorker

"There is a reason this guy is a #1 bestseller all over the world. Pick up The Naming of the Dead, read the first few pages, and then thank me later."
-Harlan Coben