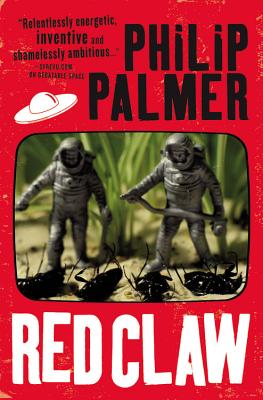 Take an entirely unexpected voyage through the cosmos in a space opera dubbed "an intelligent action adventure replete with intellectual rigour, human insight and superb storytelling" by The Guardian.

"It's been a while since I've read a science fiction novel as invigoratingly original in approach and theme as this one Morning Star Red Claw moves at a relentless pace . . . I was hooked" -- TheBookBag.com

Philip Palmer lives in London and has been working on a book set in the same universe as Debatable Space. He has written for film, TV and theater. Find out more about Philip Palmer at www.philippalmer.net.
Loading...
or support indie stores by buying on