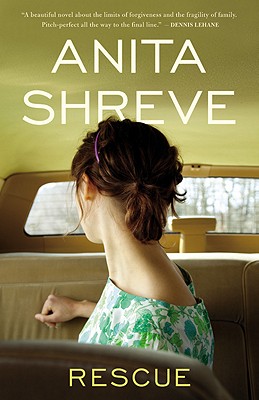 Praise For Rescue: A Novel…

"From its opening car crash, 'Rescue' is worth the ride....No one can create the beginning of a complex relationship like Shreve....Shreve gets deep inside these characters, and her insights draw us into their lives.... A story of hope and fear, of promises made and broken.... Shreve creates a little world, peoples it with believable characters, and puts them through agonizing and joyful moments without a false note or a dissonant figure of speech."—Brigitte Weeks, Washington Post

"A paramedic and the troubled young beauty he saves propel Shreve's engrossing latest...With the insistent thrum of life-and-death EMT calls as background, Shreve's vividly told tale captures the deep-seated fears of mortality and loneliness that can drive us to test the bounds of family and forgiveness."—Joanna Powell, People

"Rescue is Shreve at her best....Shreve knows love may be intense, life-changing and passionate, but it is never enough. Her characters bruise each other as much as they comfort each other...."Rescue" is full of themes Shreve loves: How a moment can change a life; loss and love; forgiveness and pain."—Mary Foster, Associated Press

Anita Shreve is the acclaimed author of more than fifteen novels, including Testimony; The Pilot's Wife, which was a selection of Oprah's Book Club; and The Weight of Water, which was a finalist for England's Orange prize. She lives in Massachusetts.