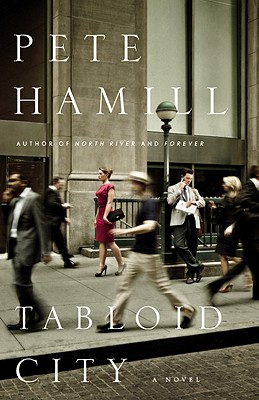 Praise For Tabloid City: A Novel…

"Lovely, richly textured....Is there another living writer with as firm a grasp on the city's sidewalks, its buildings, its history?"—Scott Stephens, Cleveland Plain Dealer

"North River seduces us with the author's sweetly convinced nostalgia for his city....Hamill's a smart guy and a fluent writer, and few people have written quite so beautifully about New York as he has."—Tim Rutten, Los Angeles Times

"Hamill has crafted a beautiful novel, rich in New York City detail and ambience, that showcases the power of human goodness and how love, in its many forms, can prevail in an unfair world."
—Publishers Weekly (starred review)

Pete Hamill (1935-2020) was a novelist, journalist, editor, and screenwriter. He was the author of twenty-two books, including the bestselling novels Tabloid City, North River, Forever, and Snow in August, and the bestselling memoir A Drinking Life.