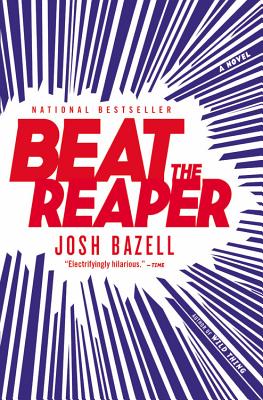 Dr. Peter Brown is an intern at Manhattan's worst hospital, with a talent for medicine, a shift from hell, and a past he'd prefer to keep hidden. Whether it's a blocked circumflex artery or a plan to land a massive malpractice suit, he knows what evil lurks in the hearts of men.

Pietro "Bearclaw" Brnwna is a hitman for the mob, with a genius for violence, a well-earned fear of sharks, and an overly close relationship with the Federal Witness Relocation Program. More likely to leave a trail of dead gangsters than a molecule of evidence, he's the last person you want to see in your hospital room.

Now, with the mob, the government, and death itself descending on the hospital, Peter has to buy time and do whatever it takes to keep his patients, himself, and his last shot at redemption alive. To get through the next eight hours-and somehow beat the reaper.

Praise For Beat the Reaper: A Novel…

"Outrageously funny....BEAT THE REAPER may be the most imaginative debut of the year."—Carol Memmott, USA Today

"It's just what the doctor ordered....Think House meets The Sopranos."—Benjamin Svetkey, Entertainment Weekly

"A breakneck cross between a hospital drama, The Godfather, and a Quentin Tarantino film."—Bloombert News

"It's too much fun and too much gore to take your eyes off the page."—Washington Post Book World

"Savagely diverting....BEAT THE REAPER only gets better, turn by turn, page by page."—New York Daily News

Josh Bazell has a BA in writing from Brown University and an MD from Columbia.  His first book, the international bestseller Beat the Reaper, has been published in thirty-two languages and was one of Time's ten best novels of 2009.  He lives in Brooklyn and Barcelona.
Loading...
or support indie stores by buying on