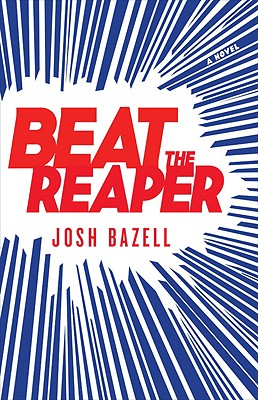 Dr. Peter Brown is an intern at Manhattan's worst hospital, with a talent for medicine, a shift from hell, and a past he'd prefer to keep hidden. Whether it's a blocked circumflex artery or a plan to land a massive malpractice suit, he knows what evil lurks in the hearts of men.

Pietro "Bearclaw" Brnwna is a hitman for the mob, with a genius for violence, a well-earned fear of sharks, and an overly close relationship with the Federal Witness Relocation Program. More likely to leave a trail of dead gangsters than a molecule of evidence, he's the last person you want to see in your hospital room.

Now, with the mob, the government, and death itself descending on the hospital, Peter has to buy time and do whatever it takes to keep his patients, himself, and his last shot at redemption alive. To get through the next eight hours-and somehow beat the reaper.

Praise For Beat the Reaper…

"BEAT THE REAPER is way cool and ice-cold. A ferocious read."
-Don Winslow, author of THE DAWN PATROL

"Fast, fun, furious, fierce... or better yet, stop reading the accolades for BEAT THE REAPER, open up to page one, and start reading. See you at the cash register."
-Harlan Coben, author of HOLD TIGHT

"BEAT THE REAPER is a blast. Josh Bazell blew me away with this story that is as relentless as a bullet."
-Michael Connelly, author of THE BRASS VERDICT

"I didn't want to like it. I mean, a doctor writing a novel is kind of obnoxious. What, you don't have enough to do already? But maybe that's me. Anyway, I didn't want to like BEAT THE REAPER, but I did; I loved it. It is completely original, an utter page-turner, bold, shocking, hilarious, complex and even educational. It's that book you wish you had with you when you were trapped in an airport for a three-hour flight delay. My only complaint is that I've already read it."
-Lisa Lutz, author of THE SPELLMAN FILES

"Josh Bazell is an unusually talented writer....[he] more than earned my indulgence as a reader. If there's a better recommendation for a story than that, I don't know what it is."
-The New York Times Book Review

"It's an ingenious premise for a thriller, and Bazell pulls it off....BEAT THE REAPER only gets better, turn by turn, page by page. Savvy and savagely diverting, it's a Tarantino movie made with Scorsese looking over his shoulder."
-New York Daily News

"Beware the risk of dependency....a hypochondriac's nightmare but a reader's dream.... Bazell has sutured together Alan Alda's Capt. Hawkeye and James Gandolfini's Tony Soprano, and so long as he keeps everything operating fast enough, it's too much fun and too much gore to take your eyes off the page."
-Washington Post Book World

"Fiction reviewers live for openers like this...[a] breakneck cross between a hospital drama, The Godfather and a Quentin Tarantino film....Moxie must be Bazell's middle name. Asking us to sympathize with a hardened doctor is tough enough. Getting us to identify with a contract killer who packed .45 automatics with silencers is a coup."
-Bloomberg News

Josh Bazell has a BA in English literature and writing from BrownUniversity and an MD from Columbia. Currently a resident at the University of California, San Francisco, he wrote "Beat the Reaper" while completing his internship at a hospital not at all like the one described in this book.
Loading...
or
Not Currently Available for Direct Purchase