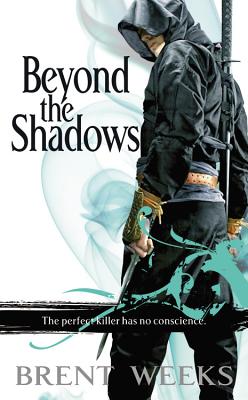 Beyond the Shadows (The Night Angel Trilogy #3)

Logan Gyre now holds the throne, but Kylar Stern has acquired a powerful new enemy, a goddess bent on the destruction of all that Kylar holds dear in the concluding volume of the Night Angel Trilogy by NYT bestselling author Brent Weeks.

Logan Gyre is king of Cenaria, a country under siege, with a threadbare army and little hope. He has one chance -- a desperate gamble, but one that could destroy his kingdom.

In the north, the new Godking has a plan. If it comes to fruition, no one will have the power to stop him.

Kylar Stern has no choice. To save his friends -- and perhaps his enemies -- he must accomplish the impossible: assassinate a goddess.

Devour this blockbuster tale of assassination and magic by Brent Weeks which has delighted readers all over the world -- with over one million copies in print.