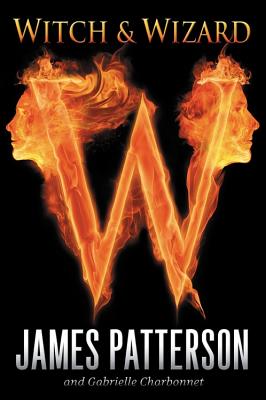 The world is changing: the government has seized control of every aspect of society, and now, kids are disappearing. For 15-year-old Wisty and her older brother Whit, life turns upside down when they are torn from their parents one night and slammed into a secret prison for no reason they can comprehend. The New Order, as it is known, is clearly trying to suppress Life, Liberty, and the Pursuit of Being a Normal Teenager. But while trapped in this totalitarian nightmare, Wisty and Whit discover they have incredible powers they'd never dreamed of. Can this newly minted witch and wizard master their skills in time to save themselves, their parents--and maybe the world?

"Young Patterson fans will be thrilled to jump into this new adventure."—VOYA

Raves for the MAXIMUM RIDE series:

"Fights and flights are non-stop in Maximum Ride. The writing is visual and cinematic--things that kids expect from their video games, TV cartoon shows and action movies."
—USA Today