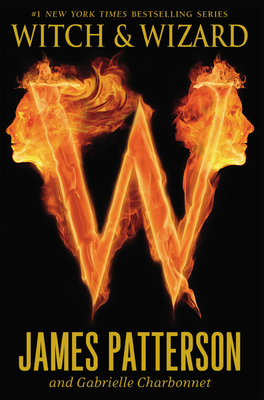 When a dystopian government controls every aspect of society, siblings Wisty and Whit Allgood may be the world's only hope in this magical beginning of James Patterson's Witch & Wizard series.
Everything is about to change. The government has seized control of every aspect of society, and this is the astonishing story of Wisty and Whit Allgood, a sister and brother who were torn from their family in the middle of the night, slammed into prison, and accused of being a witch and a wizard. Thousands of young people have been kidnapped; some have been accused; many others remain missing. Their fate is unknown, and the worst is feared-for the ruling regime will stop at nothing to suppress life and liberty, music and books, art and magic . . . and the pursuit of being a normal teenager.

"Young Patterson fans will be thrilled to jump into this new adventure."—VOYA

Raves for the MAXIMUM RIDE series: