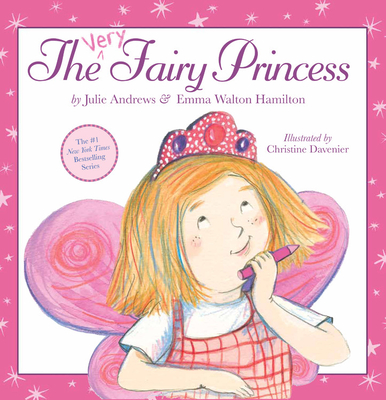 While her friends and family may not believe in fairies, Geraldine knows, deep down, that she is a VERY fairy princess. From morning to night, Gerry does everything that fairy princesses do: she dresses in her royal attire, practices her flying skills, and she is always on the lookout for problems to solve. But it isn't all twirls and tiaras - as every fairy princess knows, dirty fingernails and scabby knees are just the price you pay for a perfect day!

This new picture book addition to the Julie Andrews Collection features the joyful illustrations of Christine Davenier, and is sure to inspire that sparkly feeling within the hearts of readers young and old.

Emma Walton Hamilton is an award-winning writer, producer and arts educator. Together with her mother, Julie Andrews, she has written over thirty books for children and young adults. Emma is on the faculty of Stony Brook University's MFA in Creative Writing, where she serves as director of the Children's Lit Fellows and the Young Artists and Writers Project.
Loading...
or support indie stores by buying on