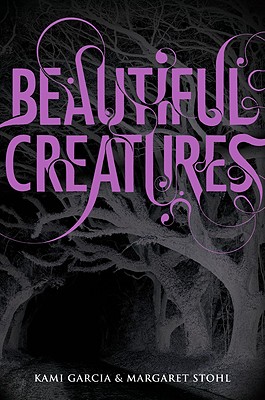 The first book in the instant NYT bestselling gothic fantasy series; a modern paranormal romance set against the gothic backdrop of an isolated southern town.
Lena Duchannes is unlike anyone the small Southern town of Gatlin has ever seen, and she's struggling to conceal her power, and a curse that has haunted her family for generations. But even within the overgrown gardens, murky swamps and crumbling graveyards of the forgotten South, a secret cannot stay hidden forever.

"A potent mix of the gothic, the mythic, and the magical...With original characters, complex world building, and crackling prose, this is masterful storytelling." - Deborah Harkness, #1 New York Times bestselling author of A Discovery of Witches on the Beautiful Creatures novels

"Like a thick, hot Carolina summer, this story seeps into you until it's all you can think about." - Carrie Ryan, NYT bestselling author of The Forest of Hands and Teeth

"In the Gothic tradition of Anne Rice, the authors evoke a dark, supernatural world...Give this to fans of Stephenie Meyer's Twilight or HBO's "True Blood" series." - School Library Journal

Kami Garcia is the #1 New York Times bestselling coauthor of Beautiful Creatures and the Legion series. Kami lives in Maryland with her family and her dogs, Spike and Oz, named after characters from Buffy the Vampire Slayer.