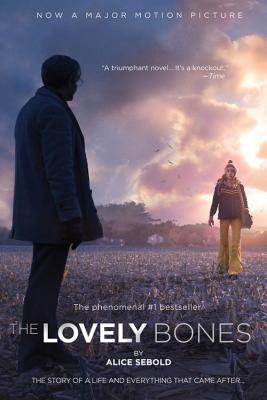 "My name was Salmon, like the fish; first name, Susie. I was fourteen when I was murdered on December 6, 1973."

So begins the story of Susie Salmon, who is adjusting to her new home in heaven, a place that is not at all what she expected, even as she is watching life on earth continue without her -- her friends trading rumors about her disappearance, her killer trying to cover his tracks, her grief-stricken family unraveling. Out of unspeakable tragedy and loss, The Lovely Bones succeeds, miraculously, in building a tale filled with hope, humor, suspense, even joy.

Alice Sebold is the bestselling author of The Lovely Bones, The Almost Moon, and Lucky a memoir. She lives in California with her husband, the novelist Glen David Gold.

1. In Susie’s Heaven, she is surrounded by things that bring her peace. What would your Heaven be like? Is it surprising that in Susie’s inward, personal version of the hereafter there is no God or larger being that presides?

2. Why does Ruth become Susie’s main connection to Earth? Was it accidental that Susie touched Ruth on her way up to Heaven, or was Ruth actually chosen to be Susie’s emotional conduit?

3. Rape is one of the most alienating experiences imaginable. Susie’s rape ends in murder and changes her family and friends forever. Alienation is transferred, in a sense, to Susie’s parents and siblings. How do they each experience loneliness and solitude after Susie’s death?

4. Why does the author include details about Mr. Harvey’s childhood and his memories of his mother? By giving him a human side, does Sebold get us closer to understanding his motivation? Sebold explained in an interview about the novel that murderers “are not animals but men,” and that is what makes them so frightening. Do you agree?

5. Discuss the way in which guilt manifests itself in the various characters – Jack, Abigail, Lindsay, Mr. Harvey, Len Fenerman.

6. “Pushing on the inbetween” is how Susie describes her efforts to connect with those she has left behind on Earth. Have you ever felt as though someone was trying to communicate with you from “the inbetween”?

7. Does Buckley really see Susie, or does he make up a version of his sister as a way of understanding, and not being too emotionally damaged by, her death? How do you explain tragedy to a child? Do you think Susie’s parents do a good job of helping Buckley comprehend the loss of his sister?

8. Susie is killed just as she was beginning to see her mother and father as real people, not just as parents. Watching her parents’ relationship change in the wake of her death, she begins to understand how they react to the world and to each other. How does this newfound understanding affect Susie?

9. Can Abigail’s choice to leave her family be justified?

10. Why does Abigail leave her dead daughter’s photo outside the Chicago Airport on her way back to her family?

11. Susie observes that “The living deserve attention, too.” She watches her sister, Lindsay, being neglected as those around her focus all their attention on grieving for Susie. Jack refuses to allow Buckley to use Susie’s clothes in his garden. When is it time to let go?

12. Susie’s Heaven seems to have different stages, and climbing to the next stage of Heaven requires her to remove herself from what happens on Earth. What is this process like for Susie?

13. In The Lovely Bones, adult relationships (Abigail and Jack, Ray’s parents) are dysfunctional and troubled, whereas the young relationships (Lindsay and Samuel, Ray and Susie, Ray and Ruth) all seem to have depth, maturity, and potential. What is the author saying about young love? About the trials and tribulations of married life?

14. Is Jack Salmon allowing himself to be swallowed up by his grief? Is there a point where he should have let go? How does his grief process affect his family? Is there something admirable about holding on so tightly to Susie’s memory and not denying his profound sadness?

15. Ray and Susie’s final physical experience (via Ruth’s body) seems to act almost as an exorcism that sweeps away, if only temporarily, Susie’s memory of her rape. What is the significance of this act for Susie, and does it serve to counterbalance the violent act that ended Susie’s life?

16. Alice Sebold seems to be saying that out of tragedy comes healing. Susie’s family fractures and comes back together, a town learns to find strength in each other. Do you agree that good can come of great trauma?