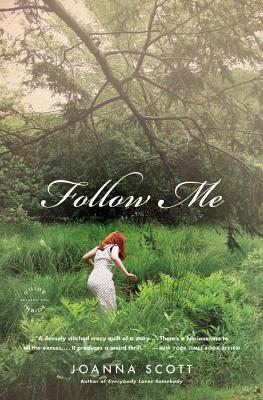 On a summer day in 1946 Sally Werner, the precocious young daughter of hardscrabble Pennsylvania farmers, secretly accepts her cousin's invitation to ride his new motorcycle. Like so much of what follows in Sally's life, it's an impulsive decision with dramatic and far-reaching consequences. Soon she abandons her home to begin a daring journey of self-creation, the truth of which she entrusts only with her granddaughter and namesake, six decades later. But when young Sally's father -- a man she has never known -- enters her life and offers another story altogether, she must uncover the truth of her grandmother's secret history.

Boldly rendered and beautifully told, in Follow Me Joanna Scott has crafted a paean to the American tradition of re-invention and a sweeping saga of timeless and tender storytelling.

Joanna Scott is the author of eleven books, including The Manikin, which was a finalist for the Pulitzer Prize; Various Antidotes and Arrogance, which were both finalists for the PEN/Faulkner Awards; and the critically acclaimed Make Believe, Tourmaline, Liberation, and Follow Me. She is a recipient of a MacArthur Fellowship, a Guggenheim Fellowship, and a Lannan Award.
Loading...
or support indie stores by buying on