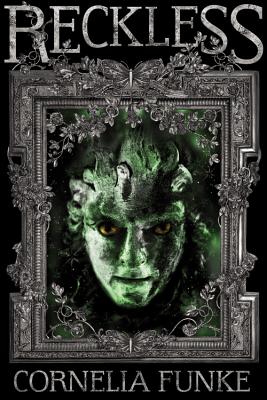 “Corneila Funke's writing never ceases to cast a spell on me, and her newest novel, RECKLESS, serves up a sumptuous fantasy world beyond a magical mirror. Older brother Jacob must save his younger brother Will from a curse that's turning Will to stone, but what kind of bargain must Jacob strike to save Will? Brilliant twists, dark forests, high stakes and a desperate quest await readers of RECKLESS (and this bookseller is crossing fingers for a sequel very soon).”
— Sarah Todd, Children's Book World, Haverford, PA
View the List

Ever since Jacob Reckless was a child, he has been escaping to a hidden world through a portal in his father's abandoned study. Over the years, he has made a name for himself as a finder of enchanted items and buried secrets. He's also made many enemies and allies--most important, Fox, a beautiful shape-shifting vixen whom Jacob cares for more than he lets on.
But life in this other world is about to change. Tragedy strikes when Jacob's younger brother, Will, follows him through the portal. Brutally attacked, Will is infected with a curse that is quickly transforming him into a Goyl--a ruthless killing machine, with skin made of stone.
Jacob is prepared to fight to save his brother, but in a land built on trickery and lies, Jacob will need all the wit, courage, and reckless spirit he can summon to reverse the dark spell--before it's too late.

"The intricately described, lushly developed other world is stunning."
-The Bulletin

Cornelia Funke is an internationally bestselling, multiple-award-winning author, best known for writing the Inkheart trilogy, "Dragon Rider," and The Thief Lord. Deeming her "a unique talent," "Time" magazine included Cornelia on its ""Time" 100," an annual list of the most influential people in the world. Cornelia currently lives with her family in Los Angeles, California, in a house full of books.
Loading...
or
Not Currently Available for Direct Purchase