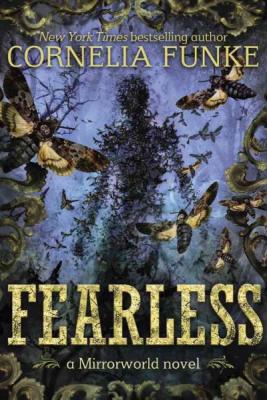 Jacob Reckless returns once again to the Mirrorworld--filled with profound characters, extraordinary creatures, and epic life-or-death treasure hunts that could only come from the mind of the master storyteller of our generation, Cornelia Funke.
Jacob Reckless has only a few months left to live. He's tried everything to shake the Fairy curse that traded his life for his brother's--legends such as the All-Healing Apple, the Well of Eternal Youth, the blood of a northern Djinn. And yet hope after hope is extinguished. After months of fruitless searching, Jacob journeys through his father's mirror one final time to deliver the bad news to Fox.
But there they hear of one last possibility--an item so legendary that not even Mirrorworlders believe it exists: a crossbow that can kill thousands, or heal one, when shot through the heart. But a Goyl treasure hunter is also searching for the prized crossbow. Jacob must find it first--and somehow convince Fox to do whatever it takes to save him.

"Fans of Funke's intense narratives and detailed worlds will not be disappointed... Mirrorworld is a clever combination of nightmarish fairy tales and a dark alternate reality."
-VOYA

"Recognizable fairy-tale lore such as poisoning by the "Snow White method" and intriguing characters like mysterious Norebo Earlking will keep readers waiting for the next book in the series. Recommended reading for fans of Reckless and for readers who like reimagined fairy tales set in a unique world."
-School Library Journal

"Fans of Reckless won't be disappointed in this action-packed sequel, which will leave them wanting even more from the Mirrorworld. "
-Library Media Connection

Cornelia Funke is an internationally bestselling, multiple-award-winning author, best known for writing the Inkheart trilogy, "Dragon Rider," and The Thief Lord. Deeming her "a unique talent," "Time" magazine included Cornelia on its ""Time" 100," an annual list of the most influential people in the world. Cornelia currently lives with her family in Los Angeles, California, in a house full of books.
Loading...
or
Not Currently Available for Direct Purchase